A new book, ‘Letters From Hollywood,’ collects the judgments, gossip and predictions in telegrams and handwritten notes from industry notables. 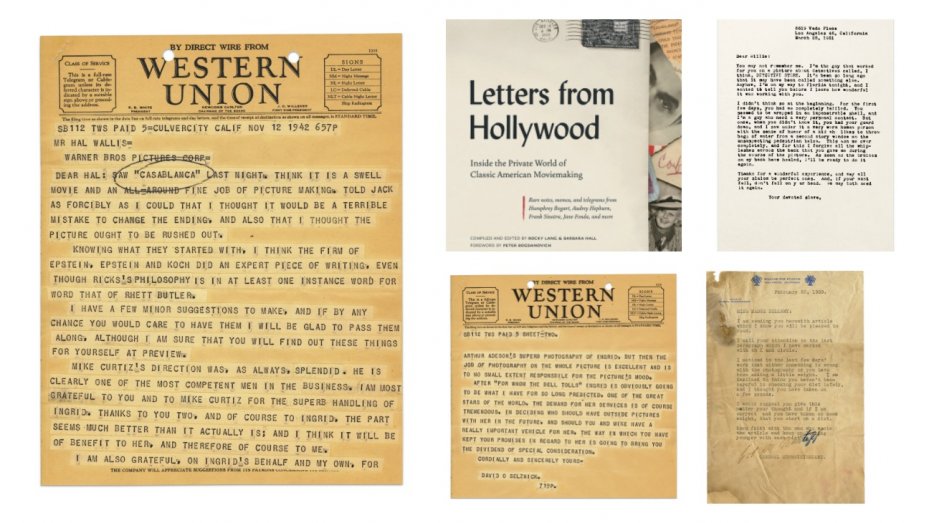 Three years ago, filmmaker Rocky Lang received an unexpected note from an archivist at the motion picture academy’s Margaret Herrick Library, telling him he’d found a letter from his father, agent-producer Jennings Lang.

“There before me was a letter written by my father in 1939 to [the literary agency] H.N. Swanson,” Lang recalls. “He’d just gotten off the bus in Los Angeles, had a hundred bucks in his pocket and was looking for a job. It was amazing because later he had a big career as an agent, representing Joan Crawford and Humphrey Bogart. I called [the archivist] and he showed me the library and I realized, ‘Wow, there are millions of documents here, 13 million photos alone and all sorts of letters.’ And I thought: what a great thing — to tell the history of Hollywood through letter-writing.”

That’s what Lang has done in a new book edited with archivist Barbara Hall, Letters from Hollywood: Inside the Private World of Classic American Moviemaking.

After sifting through thousands of pieces of correspondence at the Herrick and other archives, Lang and Hall settled on 137 examples from such stars as Bogart, Ingrid Bergman and Groucho Marx, as well as others including director William Wyler, executive Irving Thalberg and even illusionist Harry Houdini.

In one from Christmas Day, 1936, Tallulah Bankhead writes coldly to David O. Selznick, clearly irritated that he has not yet offered her the part of Scarlett O’Hara in Gone with the Wind. “I want you to believe me when I say this letter is not written in any spirit of hurt, arrogance, or bad temper,” she notes. “As I see it, your wire to me means one thing — that if no one better comes along, I’ll do. Well, that would be all well and good if I were a beginner at my job. It would be a wonderful thing to hope and wait for, but as this is not the case, I cannot see it that way, and I feel it only fair to tell you that I will not make any more tests, either silent or dialogue, for Scarlett O’Hara, on probation.”

Three years later, the part went to Vivien Leigh and Bankhead turned down the supporting role of a brothel owner, Belle Watling.

Another letter, from October 1922, pinpoints one of the most famous firings in film history: Thalberg’s termination of director Erich von Stroheim.

“Ever since the execution of your contract of employment with us dated May 19th, 1920, we have labored patiently and conscientiously with you for the purpose of endeavoring to secure your cooperation in the production of the pictures which you were making for us,” asserts Thalberg, then only 20 years old and the general manager of Universal. “The fact that more productions have not been completed is due largely to your totally inexcusable and repeated acts of insubordination, your extravagant ideas which you have been unwilling to sacrifice in the slightest particular, repeated and unnecessary delays occasioned by your attitude in arguing against practically every instruction that has been given to you in good faith, and by your apparent idea that you are greater and more powerful than the organization that employs you.” For those reasons, “you are notified that you are discharged from our employ, your discharge to take effect as of this date.”

Stroheim, the director of Greed and Foolish Wives, would go on to make other movies, but by 1933 his career as a filmmaker was over and he would have to be content working as an actor, most notably playing “that goddamned butler” part in Sunset Blvd.

Judgments here can look right in retrospect (Charlie Chaplin in 1955 writes to writer John Howard Lawson, praising his courage in standing against the blacklist: ”In these days of trumped-up hysteria, I think it is important and essential that the artist and intellectual unite and consolidate against these political forces that have instigated this deplorable police system, which attempts to turn the United States into a nation of informers”). And they can equally look wrong (gossip columnist Hedda Hopper writes of Citizen Kane, before its release: “I’ve seen the picture, and it’s foul…I personally hope it will never be shown on the screen”).

The letters crack open a window on some classic films, often while they were being shot or edited. In one, producer Edward Lewis writes to actor and fellow producer Kirk Douglas about their battles with the censors over a celebrated scene in Spartacus in which Laurence Olivier, as the Roman general Crassus, tries to seduce the slave Antoninus. (Tony Curtis). Dalton Trumbo had written dialogue that used men’s tastes for oysters and snails as a metaphor for other appetites.

“It is possible (although they will not say for certain) they would pass the scene if we substituted ‘artichokes’ and ‘truffles’ for ‘oysters’ and ‘snails’,” notes Lewis. “My feeling on the matter is that I would hate to substitute the words, although in the final analysis I believe I would prefer the scene with artichokes and truffles to no scene at all.”

In the end, the scene was cut, though it’s since been restored to the film.

Lang’s personal favorite among the letters is one dated August 1945, from playwright Robert Sherwood to Sam Goldwyn, begging not to write a script the producer had commissioned, Glory for Me, about three Americans coming home from World War II.

“I have been thinking a great deal about Glory for Me and have come to the conclusion that, in all fairness, I should recommend to you that we drop it,” he writes. “This is entirely due to the conviction that, by next Spring or next Fall, this subject will be terribly out of date [and will] arouse considerable resentment by suggesting that these three characters are designed to be typical of all returned servicemen.”

Goldwyn refused to let Sherwood out of his contract. The 1946 movie, retitled The Best Years of Our Lives, won the best picture Oscar, and Sherwood won an Oscar for his script. 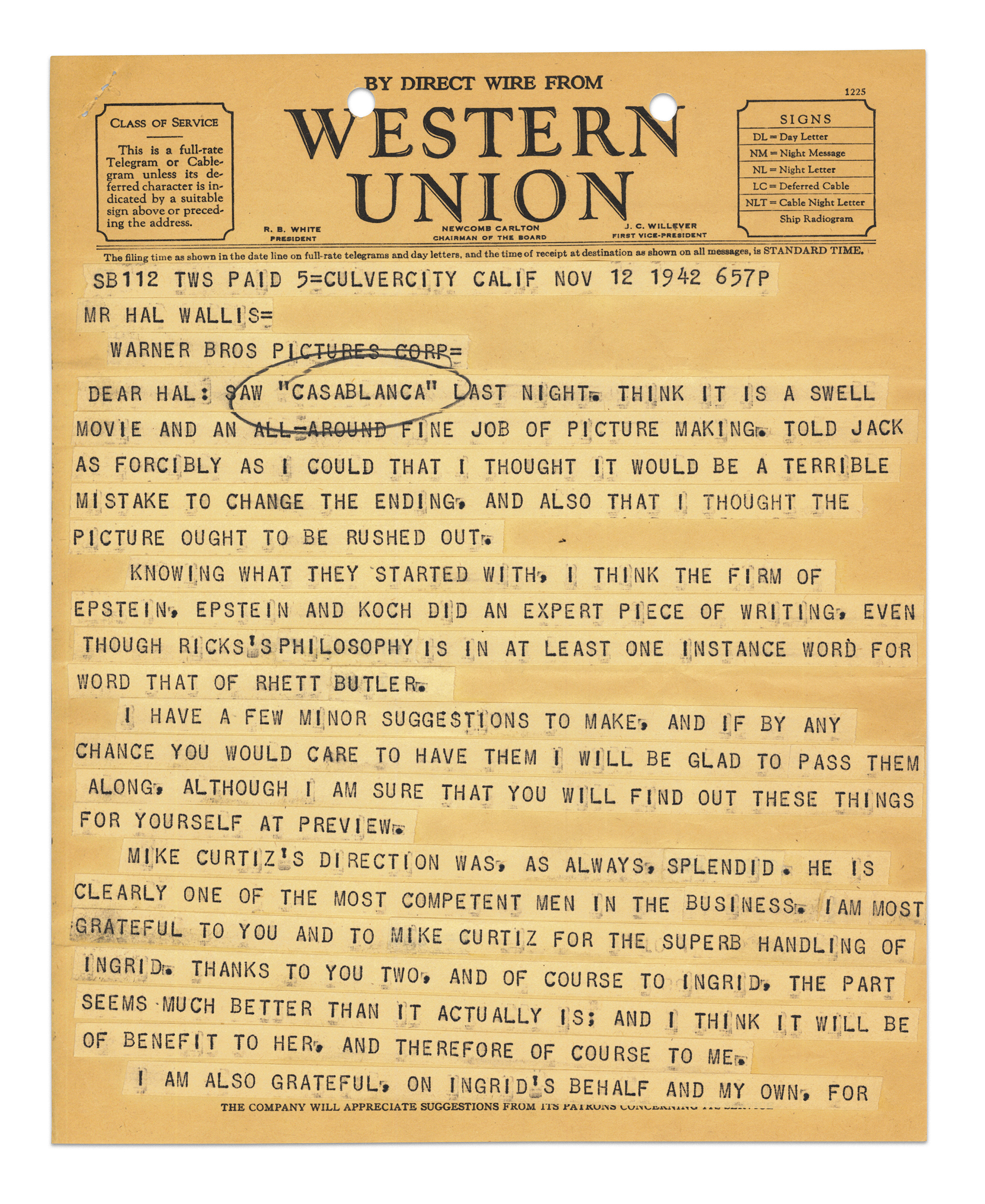 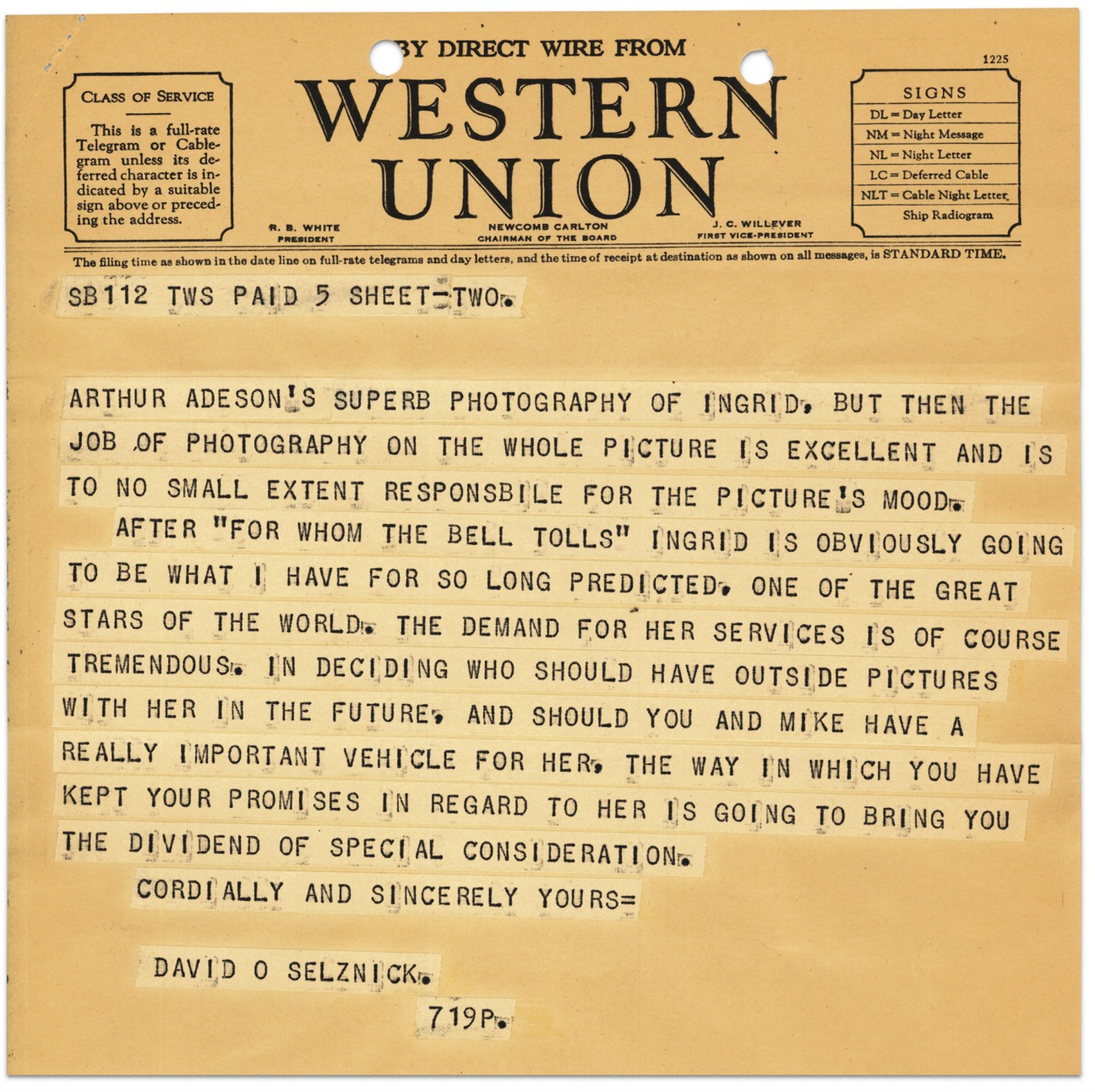 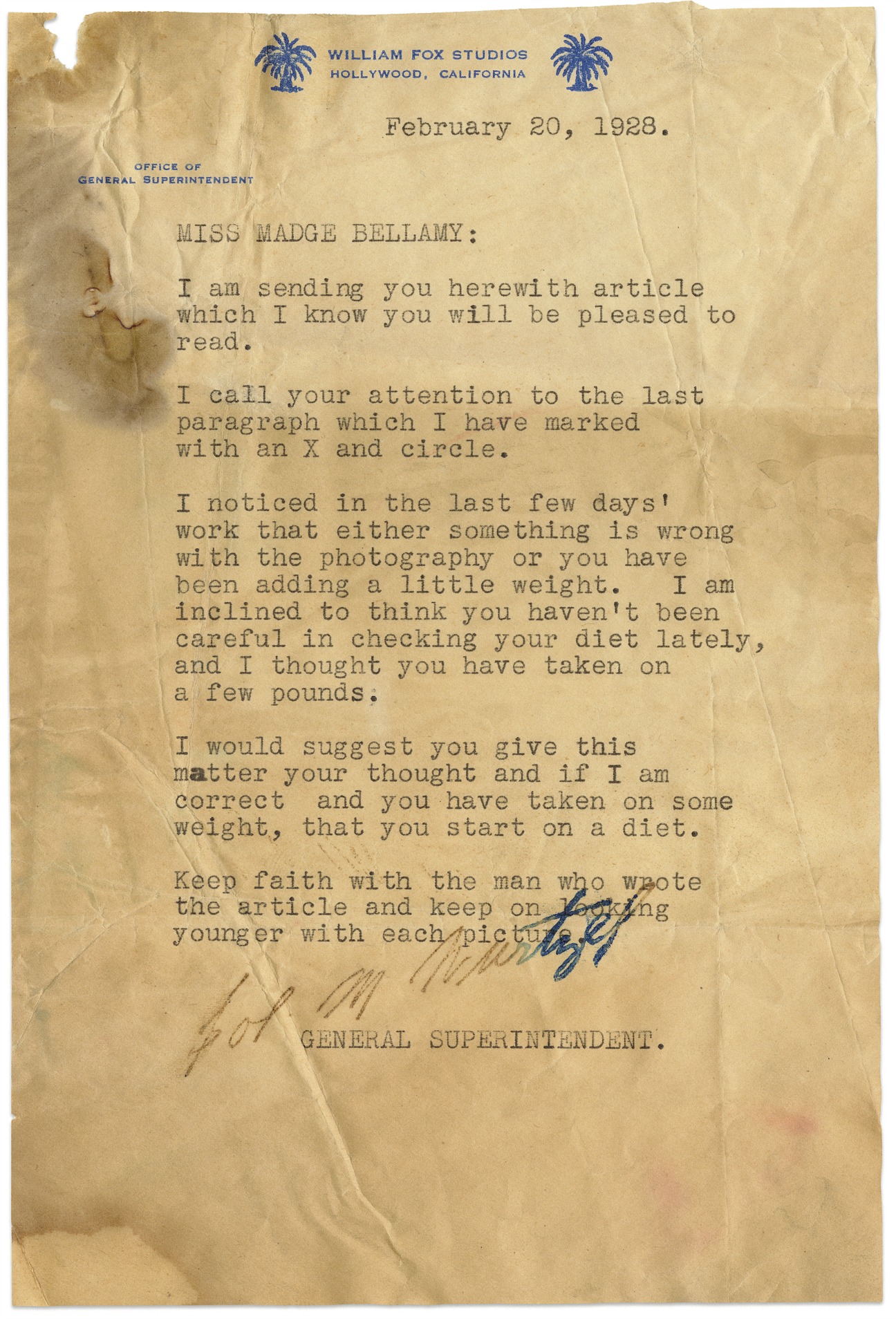